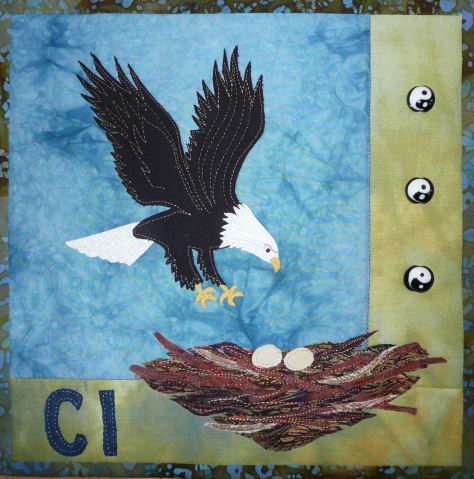 Chlorine was discovered by Sir Humphry Davy in 1810 and was named from the Greek green-yellow. Like many of the elements, the properties of chlorine have been used for both healthful and harmful purposes as represented by the yin yang beads on this piece. Chlorine was used as a chemical weapon in World War I causing severe respiratory damage or death when chlorine gas combined with the moisture in the lungs creating hydrochloric acid. Its use in pesticides like DDT (dichloro-diphenyl-trichloroethene) caused serious environmental damage, including significant decline of eagles and other raptors due to the thinning of the birds’ egg shells. The poisonous properties of DDT take more than 15 years to break down. I chose to portray an eagle about to nest as I have enjoyed watching eagles on White Earth Lake and throughout the area since they have made the gradual and powerful come back once DDT was banned in the US in 1972. On the positive side, chlorine has provided safe drinking water for over a century and is widely used in manufacturing PVC, polyvinyl chloride pipes for water and waste. 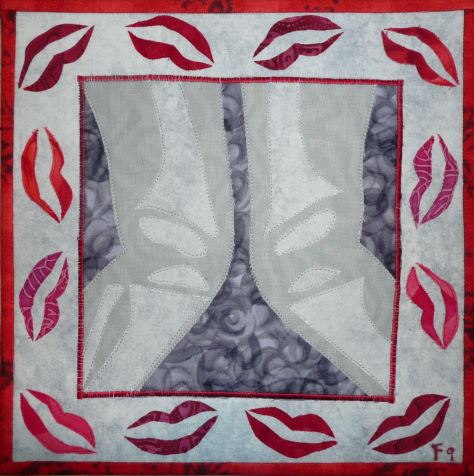 As a child, I was always envious of my younger sister’s stellar no cavity record, since she had only had fluoride treated water in her lifetime. I, on the other hand, endured yearly lectures on brushing and flossing and why couldn’t I be like my other sisters. Years later, another sister of mine roomed with a man whose sole purpose in life was to warn people of the dangers of fluoridated water. I would nod politely in response to his breakfast lectures, but secretly I would question how much of his rhetoric was just that, turned off by his obvious obsession with the matter. More recently, however, I traveled to Tanzania, where I witnessed first hand the damage inflicted upon young bones by excess fluorine found naturally in the water. Young patients at the hospital near Arusha would travel many miles with their parents for surgery to straighten their painfully bowed legs and a chance at a normal life.

Apart from medical use, astatine has no use outside the lab. It starts as a black solid which becomes a dark purple vapor when heated. 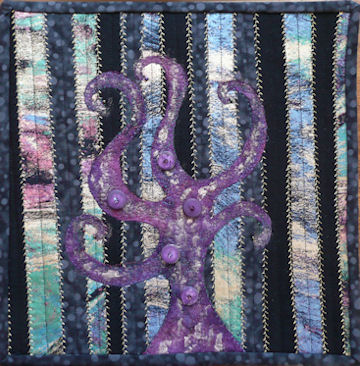 Iodine is crucial to health.

“Little Iodine,” a popular Sunday comic strip for 40 years, was the female precursor to Dennis the Menace.  She was naughty, not nice, and the proverbial brat for all seasons.